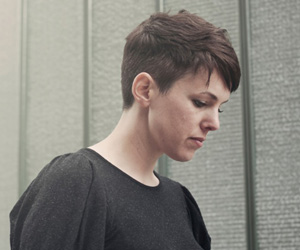 Born in 1978 in Edinburgh, she came from an artistic family background. Her father is a retired university teacher of journalism, and her mother works in picture restoration. Her sister is the video artist Eleanor Meredith.

At school, Meredith took up the clarinet and percussion and, later, composition. She studied at Napier University and then earned a degree in music from the University of York. After this, she attended the prestigious Royal College of Music (her teachers would include David Sawer and Timothy Salter).

In 2004 Meredith became a composer in residence with the BBC Scottish Symphony Orchestra and the PRS/RPS Composer in the House with Sinfonia ViVA, a post she held until 2007.

She was also a judge for the BBC’s Young Composer of the Year and a mentor for Goldie for his show Classic Goldie. In 2009 she was the only classical music nominee for the South Bank Show’s Breakthrough Award. She also won the 2010 Paul Hamlyn Award for Composers. Alongside her classical and acoustic work, she then began a more eclectic electronic project.